And an update you shall all have, of works in progress and such, starting with a pair of ships I did up for my old friend Dr. Sheldon Greaves, two vessels I think of as Jake and Elwood due to their fetching "Blue Meanies" disruptive paint scheme (and their capacity for mayhem - stats for Silent Death: The Next Millennium to follow): 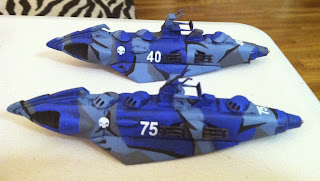 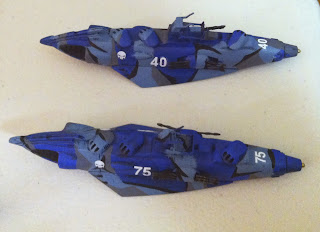 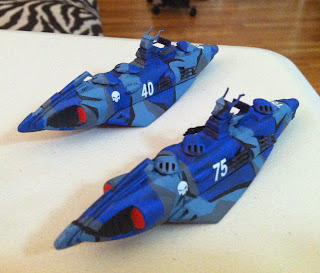 These are the classic Gamilas warships from Space battleship Yamato. These mini kits are available once again thanks to the reboot of the original series as Yamato 2199. Better still, HobbyLink Japan is running an across the board sale as of this writing, and these kits are running at $1.64 a pop, a dirt cheap way to build up your galaxy-conquering spacefaring armada. The sale runs through Midnight Monday. so hit yer hyperdrive and get over to http://www.hlj.com and build your fleet, as there's a whole bunch of different ships to choose from in this classic series!

Now, moving ever swiftly on to various works in progress: 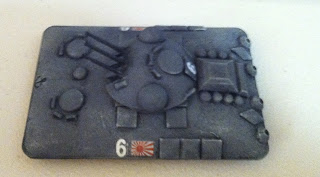 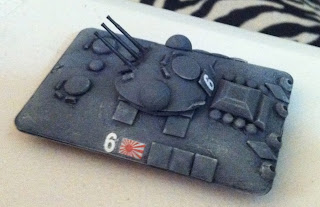 Remember this Japanese Space Command SNLF flak tank? Well, he's now done (just have to add the base), and he's got company coming as the SNLF demibrigade project moves forward: 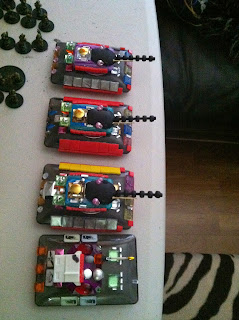 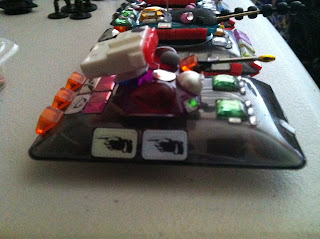 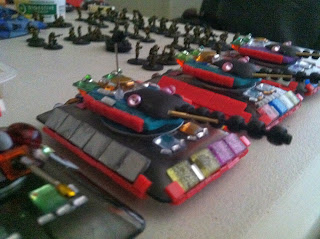 So Far there's a trio of MBTs including a command tank, and a heavy guided missile tank for some serious punch. APCs based on the same handy chassis will follow along, as will Rebel Minis Titan Marines serving as SNLF mechanized infantry.

Meanwhile, I scored a huge pile of over 90 figures and heavy weapons from Ground Zero Games via EBay, a lot that was a mix of UNSC light troopers, NAC Marines light infantry, and New Israeli troops in hard suits, enough for two full reinforced infantry platoons (NAC and NI) and an excuse to start a third group later on (UNSC), plus a half dozen space suited characters for a civvies starship crew as needed! So far, I just shot the NAC troops with their first coating of primer: 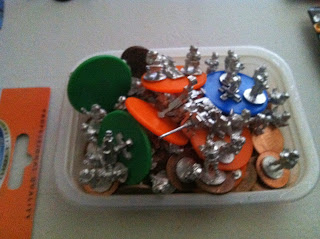 Speaking of human forces, my Khurasan Exterminators are progressing nicely, just a few dibs and dabs away from flocking the bases and a shot of Dullcote: 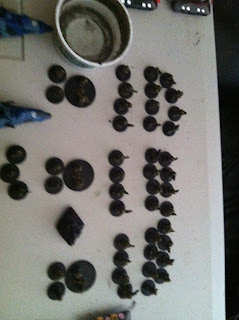 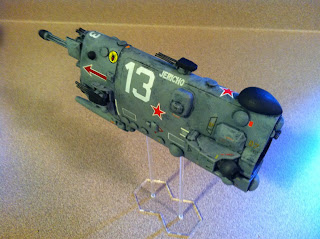 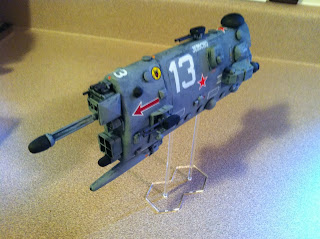 Litko makes a whole range of useful game aids, flight stands, and movement bases, and these two-hex bases are just the ticket for escort vessels in Silent Death: The Next Millennium, far better than the wonky two separate flight stand approach. Here's the Litko base under my own Garmilas warship model from Space Battleship Yamato: 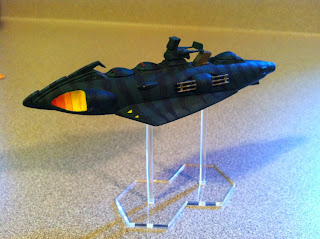 Finally for this installment, I've begun some grav tanks for an old client of mine, who like "Kull" (aka Our Man in Genoa) succeeded in luring me out of my lair long enough to take up a commission for a brigade of advanced AFVs for my client's Hammer's Slammers armies. The first heavy tank hulls have thus been set down,  two apiece of basic MBTs and command MBTs. There's also a heavy multiple missile launcher system courtesy of our apartment complex's dumpster (man, I love old computers!), plus APCs and enough basic MBTs to equip three tank platoons: 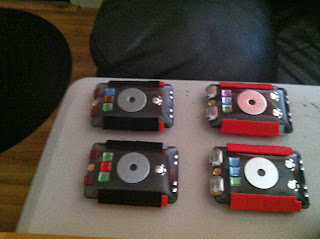 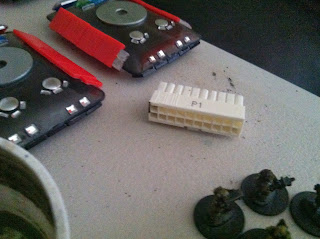 Until next time, space possums! Keep yer sights clear, yer reactors spinning, and always watch yer six for the Drac diving out of the sun!
Posted by BlackWidowPilot at 2:36 PM