It's time for a lengthy photo share of accumulated things 1/72 scale, WW2, and French due to popular request over on FaceBook (of all places!). So, without further ado, here we go, starting with the latest, a quintet of 3D printed 1/72 scale models of the diminutive Renault AMR35 series of light tankettes and tank destroyers. These are produced by Pedro Pato, whose wares can be found on Shapeways among other venues virtual: 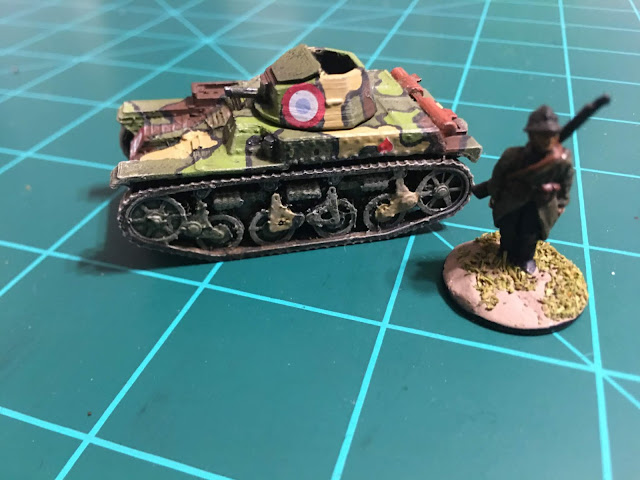 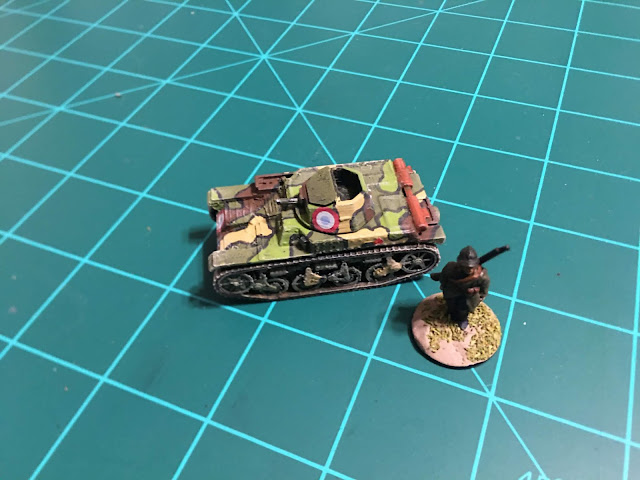 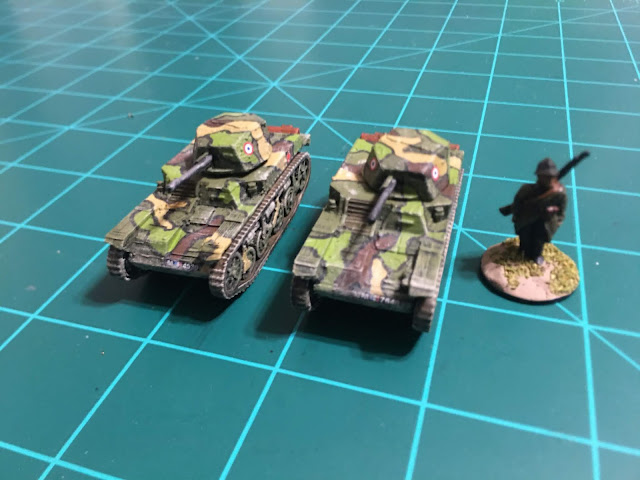 A pair of AMR35s armed with the 13.2mm Hotchkiss heavy machine gun. 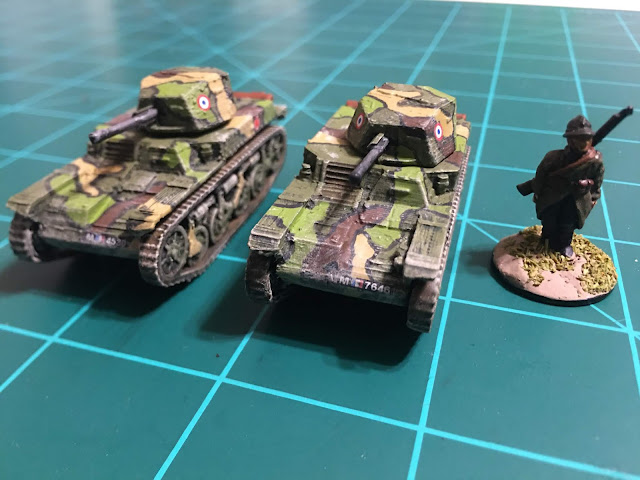 The 13.2mm Hotchkiss weapon was a top loader. Even with the enlarged turret the gun had to be turned sideways in order for the arrangement to work. 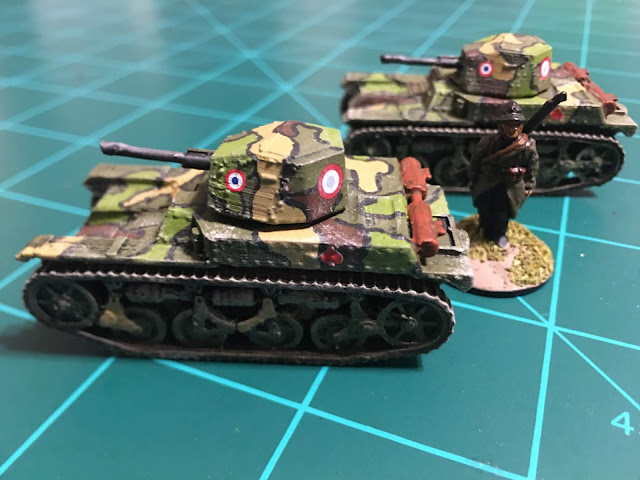 Side view. The AMR35s upgunned to the 13.2mm weapon were meant to provide anti-tank
capability to the AMR35 platoons. As it turned out, by 1940 the penetrative abilities of the 13.2mm
Hotchkiss heavy machine guns had been surpassed by the armor protection of most German tanks
and armored fighting vehicles. 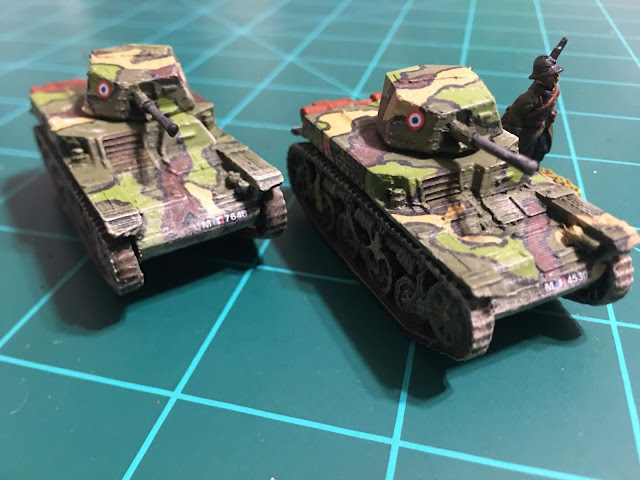 AMR35s showing off their marticules (military license plate numbers). These were Aleran decals
of late 1990s vintage that for the most part happily still worked after all of these years! 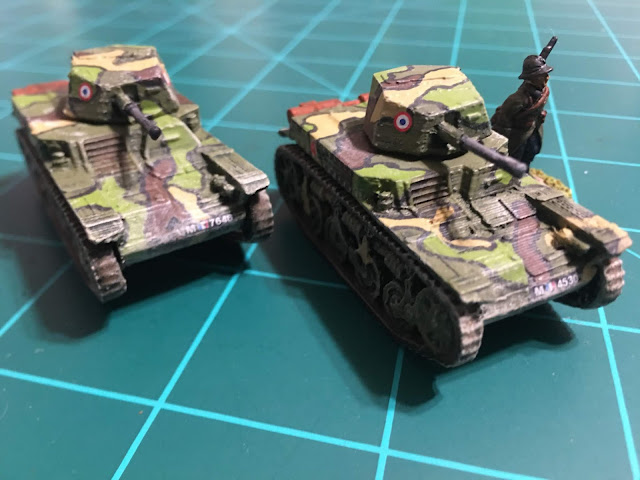 A closer look. Note the placement of the ventilation intake to the right of the driver. Rear view of the AMR35s. Note the asymmetric layout of the enlarged turrets to accommodate the bulky Hotchkiss heavy machine gun. 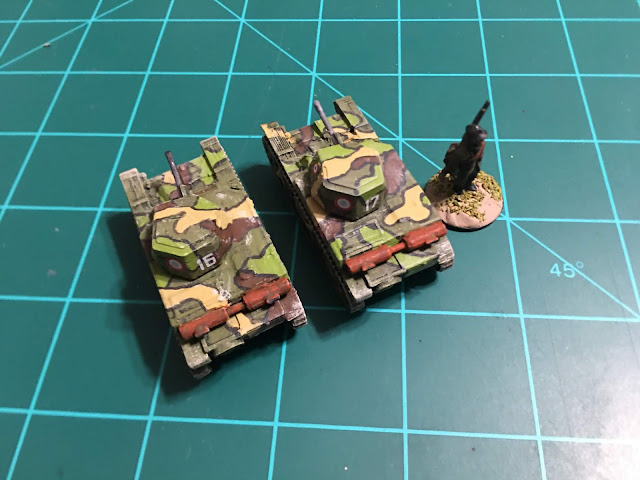 Top view of the AMR35s showing off their fetching multicolored camouflage paint scheme. 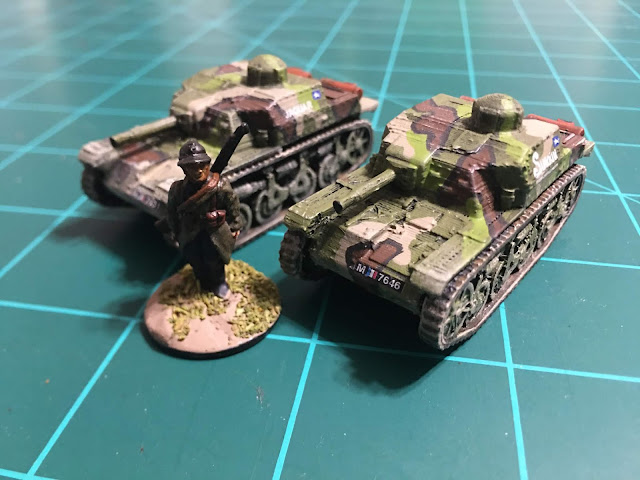 AMR35 ZT-3 chasseur de char (tank hunter). A unique little vehicle -only 10 were ever made!-
assigned to the GRDI (reconnaissance group of the infantry division) in conjunction with the
turreted AMR35 ZT-2 chasseur de char. Like the ZT-2 the ZT-3 carried a 25mm antitank gun and a
coaxial 7.5mm Riebel machine gun. 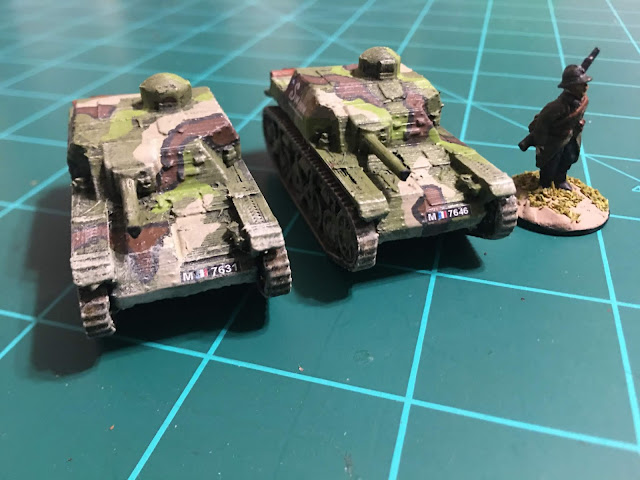 Head on view of the AMR35 chasseurs de chars. 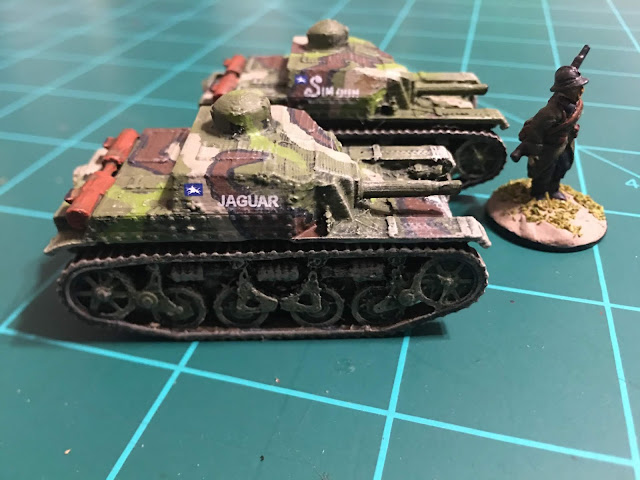 Side view of the little French panzerpunchers showing off their individual names and the unit
insignia of their parent GRDI. 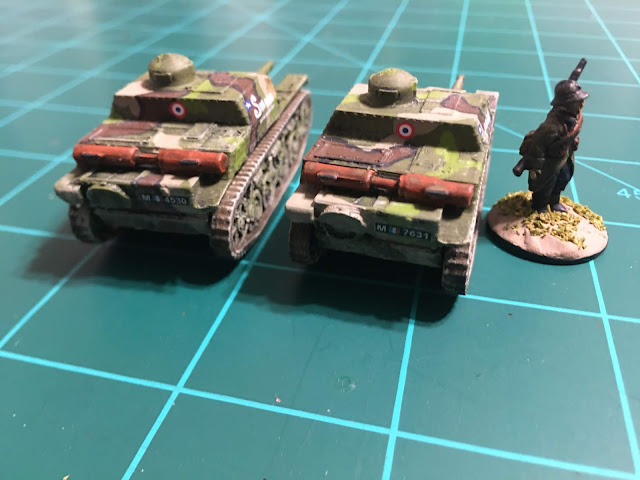 Rear view. The use of the roundel is speculative on my part. As of this writing I have not seen
more than two (2) photos of the ZT-3 in existence. The use of such roundels was commonplace on
French tanks and even other vehicles during May-June 1940, so I figured in this instance I was
only fairly safe ground placing these on the rear of the fighting compartment casemate. 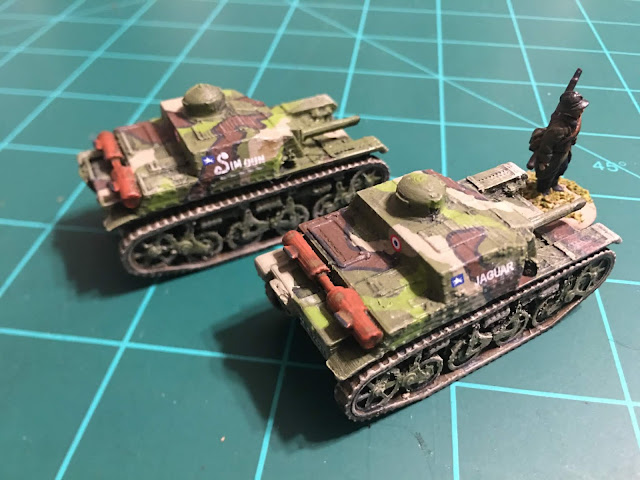 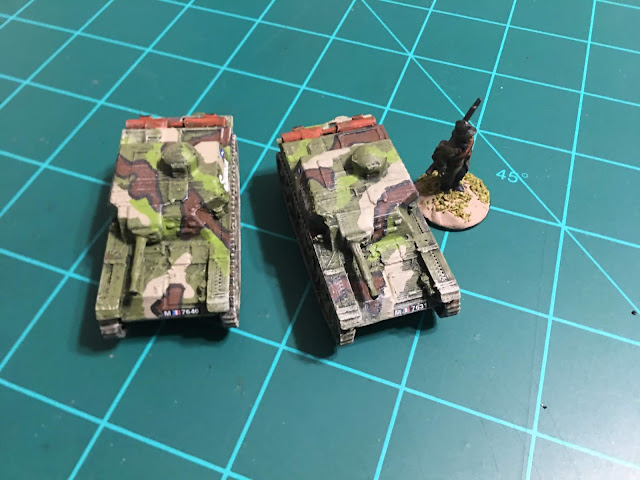 Ready to defend La Belle France against the onrushing panzers.
Posted by BlackWidowPilot at 4:00 PM