Something BIG is Comin' Right For Us!

So The Boss and I got to traveling around the neighborhoods in search of garage sales where She, Who Must Be Obeyed might score some picture frames and yours truly might score some old computer mice looking for a new lease on life, and yes, we were a bit successful, even more so when one finds some plastic pizza slice plates as part of a larger bundle deal all of $1...

Some Krazy Glue, spray primer, and craft paint later, and I'll let the finished products speak for themselves: 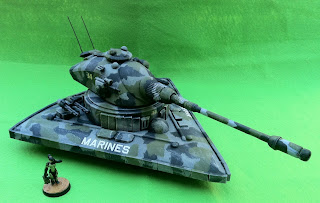 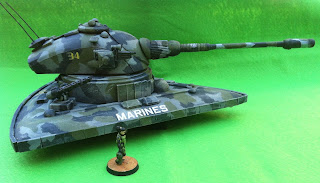 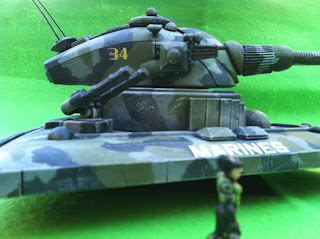 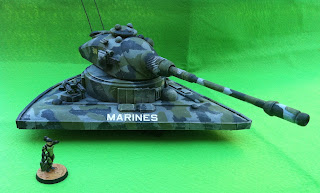 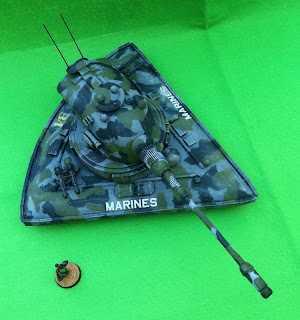 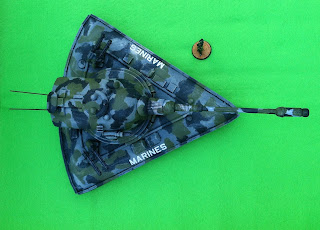 The figure is my usual Urban War 28mm sci-fi female personality figure I keep handy to showcase such as roll, glide, hover, or crawl off the assembly line. Recall I mentioned finding old computer mice in the plural? I previewed one of 'em in the last installment, and here is the finished result complete with this handy 28mm figure for scale: 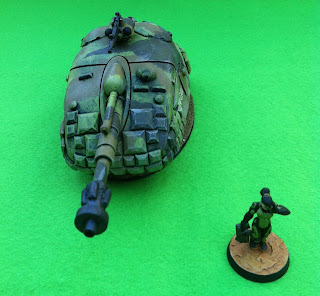 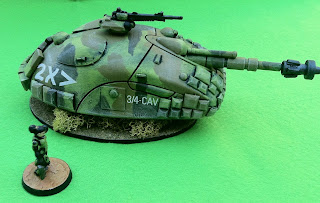 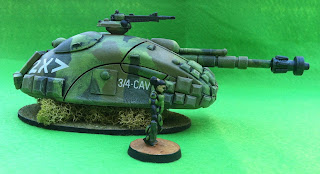 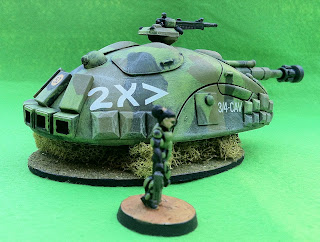 Ain't it amazin' what one can do with a broken computer mouse, the toy gun for an action figure, some plastic rhinestones, and a little imagination? Now, just to help y'all with the perspective on the larger hovering anti-grav armored beast to come off the assembly line here on Giddy Prime, here's the two newest machines and our ever helpful shop floor quality assurance manager for scale: 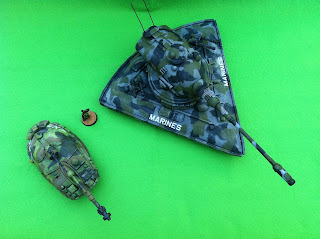 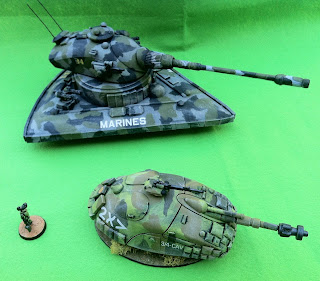 Oh, what happened to that second mouse I found? Um, that's the *gun turret* on the super heavy grav tank. I mean, waste not, want not!

Next episode of Recycling With an Attitude: Something Wickedly 15mm This Way Comes! 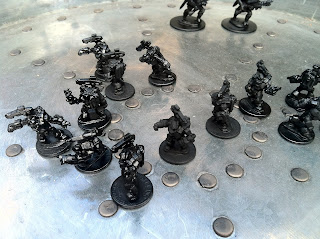 Posted by BlackWidowPilot at 11:51 PM