So here's a selection of some of the most recent things to roll off my workbench, from some more 1/72 scale  SOMUA S35 chars de cavalrie for my eternally growing and never ending 1940 French Army project to a mysterious craft seen buzzing through our kitchen! We shall begin with the SOMUAs, which were in 1940 among the best tanks available to the Western Allies to resist the German Blitzkreig: 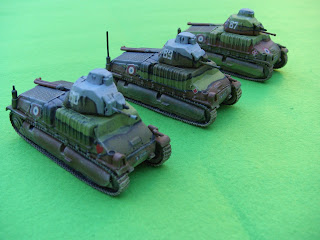 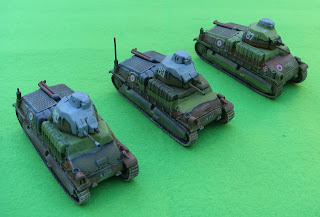 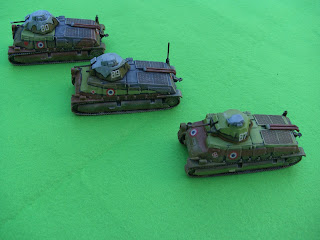 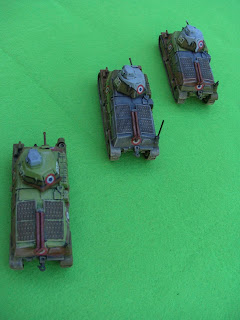 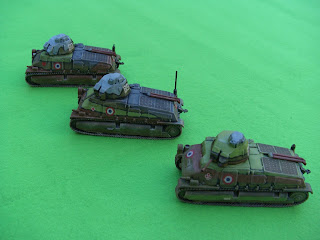 These SOMUA S35s are in fact diecast models I bought on EBay. Upon arrival they were unceremoniously taken apart, sprayed flat black, then repainted by yours truly working from a superb new tome entitled Chars et Blindes de Cavalrie, 1939-1940: La 1re DLM au Combat by Erik Barbanson chronicling the combat history of the French Army's superb 1st Division Legre Mechanique from inception to the end of the French Campaign in June 1940. The 1st DLM was something of an elite formation within the French Army at this point in history, and gave a very good account of themselves against the German Army, fighting all the way from Belgium back to Dunkirk (and letting the German soldats know they'd been in a fight!).

I repainted this trio of S35s based upon the color plates found in Barbanson's lavishly illustrated book using mainly Americana and Decoart craft paints, plus some Pelikan sepia drawing ink. The decals are a mixed lot of everything from Aleran to Dom's Decals meant for 1/144 scale WW1 French aircraft (yes, I play Wings of Glory!).

In the same manner, I repainted a well built 1/72 scale model of a German Sturmgeschutz III I also acquired from EBay. This particular model arrived airbrushed in a simple three color camouflage finish. I took that to the next level with some fancy brushwork turning the base scheme into a more art deco ambush finish, added decals from the spares box, a dab of ink and a dash of weathering, and this handy assault gun joins the ranks of my despicable Waffen SS kampfgruppe: 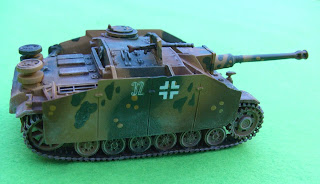 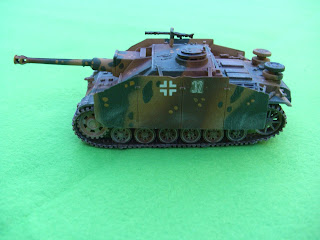 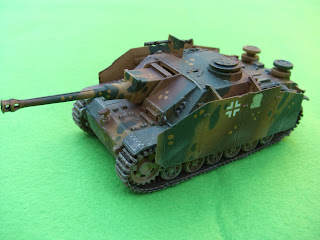 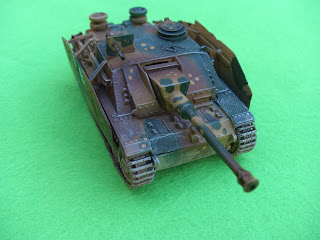 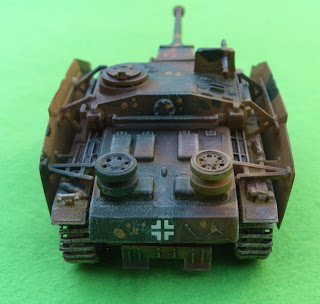 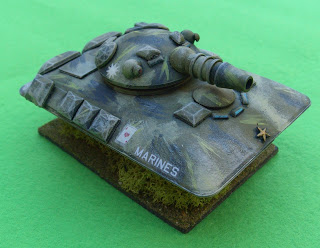 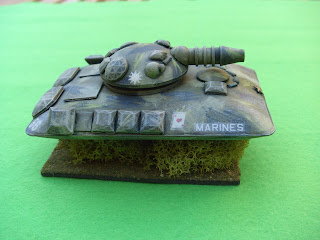 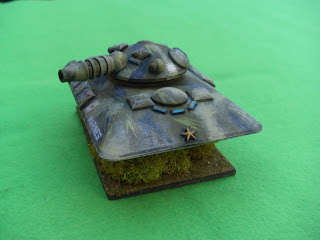 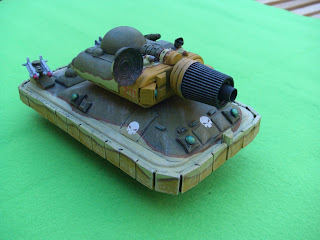 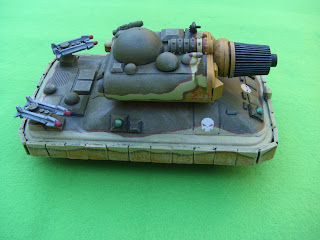 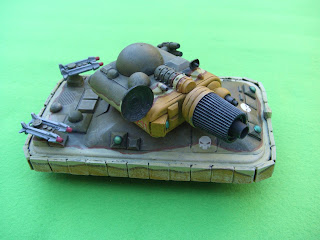 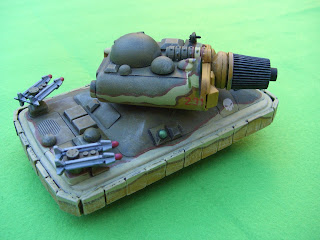 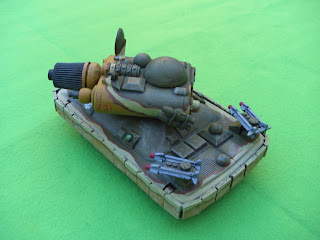 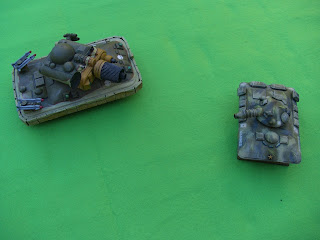 
Finally, a mysterious object was sighted hurling through our kitchen recently: 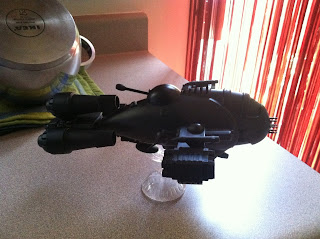 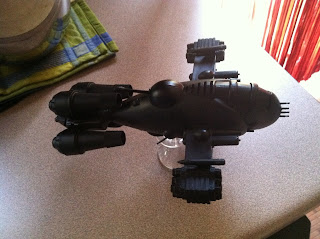 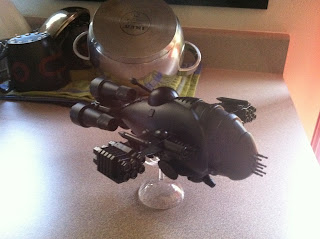 More on the sighting of this mysterious and sinister craft to follow...


Posted by BlackWidowPilot at 1:47 PM